The Serpent & The Pentagram: The Official Chronicles of Necromantia by Aris Shock and The Magus

Limited edition of 400 copies worldwide including 7"inch "The Feast of Ghouls" on Red Vinyl, available exclusively with the book!
Hard-cover and full-color edition, including numerous photos, with some previously unpublished.

Following Baron Blood’s passing and band's farewell album, the official biography of Necromantia is finally unleashed. It chronicles the complete story of the band and their daring journey through three decades of unique dark creations. The book is co-written by The Magus and Aris Shock (author of Rites of The Abyss) and it’s based on personal memories of The Magus, many of which are unveiled for the first time. It starts from the 80s, by explaining how the core of  Necromantia was formed and it reveals intriguing information about all their recorded work, lyrics, covers, influences, occult research, inspiration and many other details. It also talks about the endeavours of The Magus and Baron Blood in other bands and projects, music production, fanzines and labels (Thou Art Lord, Rotting Christ, N.A.O.S., Raism, Terra Tenebrae/ Soulskinner, Storm Studios, Blasphemous Mag, Black Lotus Records and many more). Furthermore, it includes exclusive comments from musicians who collaborated with Necromantia and quotes by other esteemed people of the international extreme metal scene. 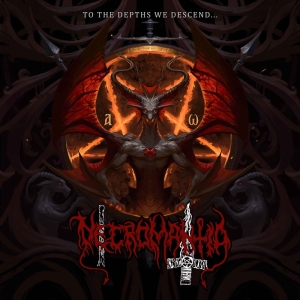 NECROMANTIA To The Depths We Descend… CD
Label: THE CIRCLE MUSIC
Price: €12.38 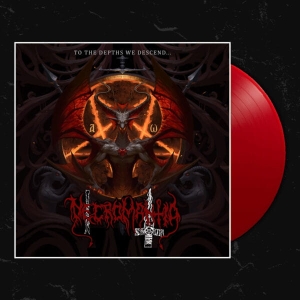 NECROMANTIA To The Depths We Descend… CD-digipack
Label: THE CIRCLE MUSIC
Price: €14.26 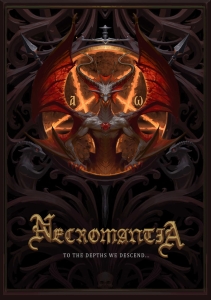 NECROMANTIA To The Depths We Descend… CD-digipack A5
Label: THE CIRCLE MUSIC
Price: €17.02 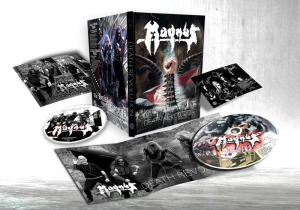